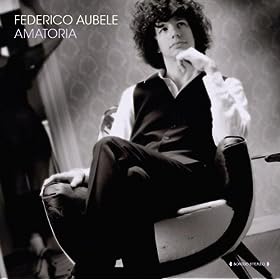 I ran across this one from reading an article. I lost track of that article, but after reading it, I looked up the album the article was about.

This is his third album, and it's also the only one I have heard. So I have read that his music changed a little with this one.

Back in 2001 he left Buenos Aires and moved to Berlin. 2001 was when Argentina suffered a financial meltdown, which is something the USA is willingly flirting with doing these days.

He signed with ESL Music and put out two albums: Gran Hotel Buenos Aires and Panamericana wich could be described as downbeat/downtempo/lounge/dub music.

The labels aren't really important. What is important is that this is a great musician with a lot of talent. He may even be more popular outside of Argentina since I haven't met anyone here who happens to know of him yet.

Of course, I may just be asking the wrong crowd. Maybe it's not music to be changing diapers or carpooling grammar school kids to.

All I know is that I love it and it's playing at our Sugar & Spice store.

I love Federico Aubele's music! And strangely enough I actually saw him on Saturday sitting outside a café in Palermo Hollywood. You must have felt his vibe in the city!

Very cool. I actually thought he was living in Europe still.