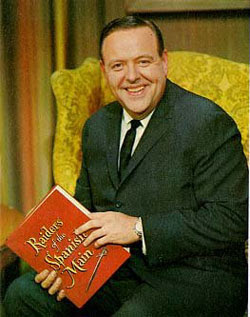 My desire to share some classic movies with my kids has taken me down memory lane. I set aside our Sunday evenings just for this purpose. It is the only day of the week in which we sit down and have dinner in front of the TV. I think I may have been channeling my childhood without knowing it. I mean, I didn't set out to do it on purpose. I just did this and then the memories started coming back to me.

Frazier Thomas hosted a show called Family Classics. He would personally pick the movies and he would even edit them a little to make sure they were suitable for kids. I didn't know this before and seeing the list of movies and remembering the ones that I did see I don't know what he could have edited out of them.

He would start each show with a brief introduction to the movie. I don't go that far myself. Sometimes I share a little info beforehand, but that's as far as I go with that. 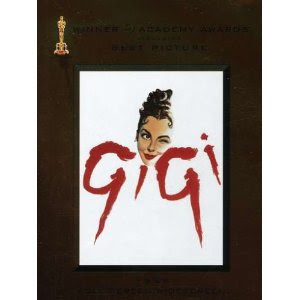 This week it was Gigi that I showed them.

For this musical I did have to pause it a few times and answer some questions.

There is a frequent use of the word gay and that is one that they wanted some clarification on.

This story did involve the passage from childhood to womanhood so they were fixated on what was going on in the screen.

They also asked what was going on when Gaston found out his mistress (Eva Gabor) was cheating on him, why he went and spied on them, and paid her boyfriend to leave town and publicly brake up with her.

The subject matter is actually a bit more advanced than I wanted to show them. This particular movie was one that I had not seen before. Luckily, the movie presents the subject in a very lighthearted way.

For example I did not have to go into the whole keeping of a mistress thing. I just told them he wanted them to be boyfriend and girlfriend.

What actually happens is that Gigi did clarify to Gaston that he was basically asking her to be a mistress only to be tossed aside when he got bored of her eventually and she would find her way to the bed of another man. He was horrified of this image, but quickly forgot about it when she finally said that she would rather be miserable with him than without him. It finally hit home when he took her out to Maxim's and seeing her in public and seeing how the public saw her he just couldn't take it.

The movie ends with him taking her back home and humbly asking for her hand in marriage.

Some people have asked me for a list of classic movies that they could introduce their kids to. This is a pretty good list to start with.

I would also add the following:

To Kill a Mockingbird
Bringing up Baby
Charlie Chaplin - just about anything of his.
Abbot & Costello - again, anything.
Groucho Marx - again....
Jerry Lewis (and the Dean Martin/Jerry Lewis combo)
The Princess Bride
The Muppet Movie
The Neverending Story
7 Brides for 7 Brothers
Singing in the Rain

As you can see I can just go on forever. I could on a weekly basis write about some of the not so obvious ones. I was hoping that one day I could open up their offerings to other foreign movies, but for that they have to be comfortable with subtitles. I do not believe in watching dubbed movies and I refuse to watch those.

As part of my strategy to try to get to that point I always turn on the subtitles in English. This week, they had a little friend over and they were going to watch a movie with her. That is the only time they get to watch dubbed movies. She asked me if I could please turn on the subtitles.

Now I am thinking of some French, Italian, German, Japanese, Chinese movies that we can watch together.
at 6:18 PM

I can hear the Family Classics theme song in my head. I always wanted him to show The Time Machine. I loved the Window Display scene that shows the passage of time.
Wena!

Well, you no longer have to rely on your memory. Here is a link to the song: