Pan Dulce on My Mind 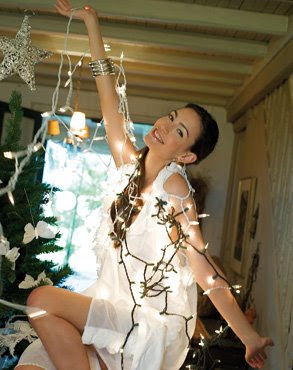 This is the time of the year that I am busiest, stressed out, and would have been pulling my hair out by now, but that was last year´s trick.

Patricia Gilmore is this year´s Pan Dulce Angel. She, and 18 volunteers, went around the city and gave any homeless person they could find an edible hug (a.k.a. Pan Dulce). I donated some pan dulces to her idea and you could read more about that by clicking here. She promises to organize this thing better next year. She could possibly have a database that would be valuable to the city... just thinking out loud.

This year we participated with Girl´s Night Out and we raffled off 5 Pan Dulces de Tus Sueños. There were also many other things raffled off and it turned out to be a very fun night. The weather was very nice, drinking champagne, surrounded by women. Too bad I forgot the camera at home.

Yo Que Voz, also participated and they have a promotion going on with our cookies as well.

Oh, La La (the picture above was taken from the magazine) just placed us among the top 5 pan dulces this year. You won´t find it in the link I provided though; it´s only in their printed magazine.

So far, we are on track to selling almost three times as many Pan Dulces this year as we did last year, and that is a great way to wrap up this holiday season.
at 2:15 PM

It´s funny you mention this...
I live near the traintracks in Palermo. I often walk my dog near the "abandoned" part of the tracks at night. A few days before Christmas I was out with a friend of mine and we were approached by a man who asked us if we wanted Pan Dulce. He didn´t even give us time to answer that he gave it to us and wished us Merry Chrismas.

If that was your pan dulce, dear god it was delicious.. and I´m not even a fan of that stuff!