The Beer Scene in Argentina “A fine beer may be judged with only one sip, but it's better to be thoroughly sure.”
--Czech Proverb

I have been meaning to post about this and then I saw that LandingPadBA.com just came out with their post listing their top 5, basically kicking me in the ass on this topic.

I do happen to like most of the beers they mentioned and I would have to add that they missed out on some others. In all fairness though, she did have to come up with only five.

This is not a hard thing to do since micro-brewed beer here is still curving up, it´s still up and coming. This is a country where the majority of beer drinkers think that there are three types of beer: Black, Red, and Rubia (blond would be the literal translation).

I have written before on the subject of variety and a nice back and forth ensued between me and Fernando of the now very popular local podcast called BACast.com

This is an interesting article (in Spanish) that mentions the per capita consumption of beer to be 33 liters, but that in Santa Fe that number jumps up to 60 to 70 liters and that in Rosario, which happens to be within the province of Santa Fe, the consumption there is 52 to 58 liters.

They related this phenomenon to two things: First that there were two large breweries that merged (today it is Schneider) and secondly the high temperatures there drives people to order beer over wine in the summer.

Another article pins the consumption at 44 liters. This article goes a step further and breaks down the market share. This is a very interesting point:

As you can see, there is no considerable segment assigned to the small microbrewery. In fact, there are two companies that demand 97% of the total volume!

However, it´s not so gloom and doom. Remember, I said this was still an up and coming segment. There is a lot of excitement over micro-brewed beers. The following article from Clarin goes further into this.

In Mar del Plata they just had their third annual Beer Festival and Randy Mosher did not just attend, but he made a Porter with Dulce de Leche for the occasion! This actually sounds like a pretty good combination if you ask me.

And Peter Slosberg, who also attended, said that the Argentina beer scene of today reminds him of the US beer scene of 25 years ago. This is definitely a positive perspective. 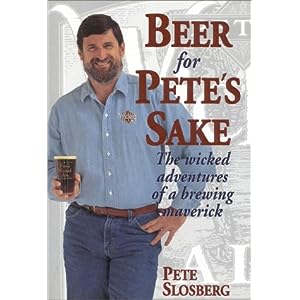 But, back to the point at hand. What was missing from that article? I say missing, because I can´t possibly just mention five. Maria you had a very tough job limiting yourself.


1. Cossab - Bohemian little place that brews six varieties and has all you can eat pizza on Wednesdays to go with some of the finest beers in BA.

2. Buena Birra Social Club - This is a closed doors micro-brewery. If that alone does not peak your interest then you have wasted your time reading this. Great place, great beer, friendly people, it´s like beer heaven.

3. Una Mas - This one I tried at Buena Birra Social Club and they only had the Cream Ale and it was great. I am curious enough now to try the rest of their line-up.

4. Gulmen - This is another little brewery (not a microbrewery) that you would need to buy their beer at pubs or bars. I especially like their Weiss beer (ceveza de trigo). You could also order from them and they will ship directly to your house.

5. Otro Mundo - I have written about them in the past and we even paired some of their beers with Sugar & Spice savory cookies.

And this is just Buenos Aires. In the rest of the country the same thing is happening and there are great microbreweries in Bariloche and the 7 lakes region for example.

And finally, there is a blog that is a great resource for beer in Argentina called Logia Cervecera. It is in Spanish and they do write about foreign beers as well, but they also write about local ones and they even have a list of bars that have microbrewed beers.

And finally, finally? I could not help but leave you with this image of a home made beer. I was so fortunate enough to have from James Foster. I sure do hope he gets back to making beer because this was one of the finest beers I have had. 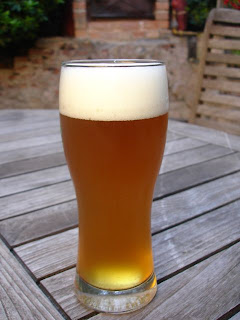 Update: I can´t believe I forgot to include this list. Joy Magazine came up with a pretty good top 10 list as well.
at 10:22 AM

Thank you Sugar & Spice for mention our blog!
I´ll try to taste your cookies someday! :)
Cheers!

Don't mention it Galapagos. I enjoy your blog so thank you right back! Try the savory ones with beer.