The Three Stooges and Company 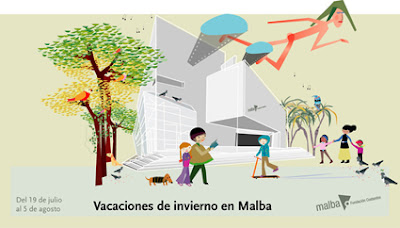 Malba is having a Children´s movie festival and they didn´t forget about the parents. This festival sounds so fantastic that I just can´t wait for it to start. I have never seen The Three Stooges in a movie theater. I also would love to see Charles Chaplin, Laurel & Hardy, Abbot & Costello, Buster Keaton, Jerry Lewis, etc. 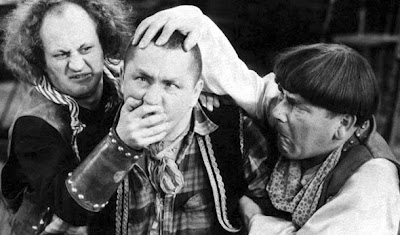 A nice thing about this event is that the majority of the movies are in English with Spanish subtitles. Before anyone who reads this thinks that I should get my priorities straight about why I would want a movie in it´s original language in a Spanish speaking country, you should know that I hate dubbed movies period. I don´t care what language the movie is in as long as it is subtitled. That is just the way I prefer them.

Some of the movies showing are...

Thursday the 19th of July
Betty Boop at 2pm
Three Stooges at 3:10pm

Friday the 20th of July
The Elephant Boy

There are many more, but this should give you a taste of what they will be showing.
at 12:18 PM

I’ve never liked dubbed movies either. There’s just so much that is conveyed in the original actors voices that is never successfully conveyed during dubbing. I sometimes watch Spanish, German, or French movies on DVD with the subtitles in the same language as the dialog, so that I can catch anything I may have missed.

My friends in Europe lament that it’s much more difficult to see subtitled movies in theaters. They usually just buy or rent the DVDs so they can watch the original versions. One of my colleagues in France told me that they use the same actors to dub many different movies so that you recognize who is doing the dubbing.

That is exactly what I do, except for the German, French, Japanese, etc. then I have to read them in English. :-)

In that respect the French are the McDonald's of the movie industry. They are well known for their prolific dubbing.