This is another example of great things born out of mistakes.

Ruth Wakefield messed up. She was the co-owner, manager, hostess and cook of her new Toll House Inn in Whitman, Massachusetts so she really had no one to blame but herself. When she took her cookies out of the oven one evening in 1937 she must have felt like nothing else could go wrong.

First of all she had run out of crumbled bakers chocolate to make her famous and favorite "Butter Drop Do" cookies. She was not in a good mood. Ruth liked to run a tight ship and running out of chocolate was a sloppy mistake. Luckily for her she had a bar of Nestle Semi-Sweet Chocolate. Good old Andrew Nestle was nice enough to have given her that bar as a gift and now she was going to use it in her cookies? What could she do? She was desperate. Her guests were going to start ordering dessert any moment now. She took the knife and started chopping away at the bar. She had no time to melt chocolate like her recipe dictated and how she had been doing it.

Moments later she brings out the cookies from the oven. "The chocolate didn't melt!"

What was she going to do? The inn was full and people were starting to finish their meals

which meant that they would be asking for dessert. Her beautiful and well known Butter Drop Do cookies were ruined. What the heck. The way the day has been going she might just be able to salvage this nightmare. She put on her game face and told everyone that she had something "special" in store for dessert.

Soon after, Nestle took notice of an increase in sales of their semi-sweet chocolate bar in the area. No readers, this was not due to the consumption of the little Toll House Inn. This was due mostly to Ruth not being very quiet about her recipe or could it be that it leaked out? Whatever the reason her recipe started appearing in Newspapers throughout the Eastern Seaboard. In 1939 Betty Crocker used it in her radio series "Famous Foods from Famous Eating Places". This was a nationally syndicated show. Now all of the USA had heard about this new cookie recipe.

Ruth and Nestle struck a deal. Nestle would give Ruth a lifetime supply of chocolate if she would give them the rights to the name of the cookie. The Nestle Toll House Chocolate Chip Cookie was born. Soon after, Nestle decided to score the bars and included a cutting instrument in the packaging. Eventually, they invented the chocolate chip and put Ruth's recipe on every bag (It is still printed, even today).

Nestle's trademark continued until 1983 when they lost it in a federal court. Toll House is now a descriptive term for a cookie. 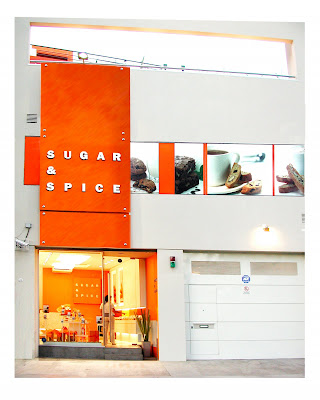 We currently make our Sugar & Spice Chocolate Chip Cookie using the original recipe as inspiration for our own recipe. We make a true home made style cookie using small batches, cutting the chocolate by hand, and using real whole eggs for example. We started making our cookies back in 2002 out of our own home. We now have a 600 sq meter building which houses a state of the art baking facility, warehouse, offices, dispatch, and store. We currently supply some of the biggest names in retail in Argentina as well as the most demanding delicatessens, coffee houses, restaurants, and small independent retailers. 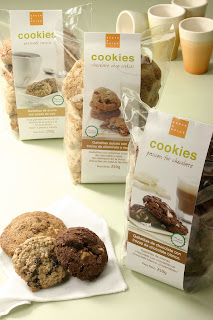 We may not have started out with our left foot forward but we do owe some of our success to Ruth's original "mistake" back in 1937. Where would we be without those mistakes to enlighten us every once in a while? I for one, could never have dreamt that I would be in Argentina baking and selling cookies. I am sure that Ruth had no idea her mistake would produce the most popular cookie ever made in the USA.

Email ThisBlogThis!Share to TwitterShare to FacebookShare to Pinterest
Labels: Sugar and Spice Goodies